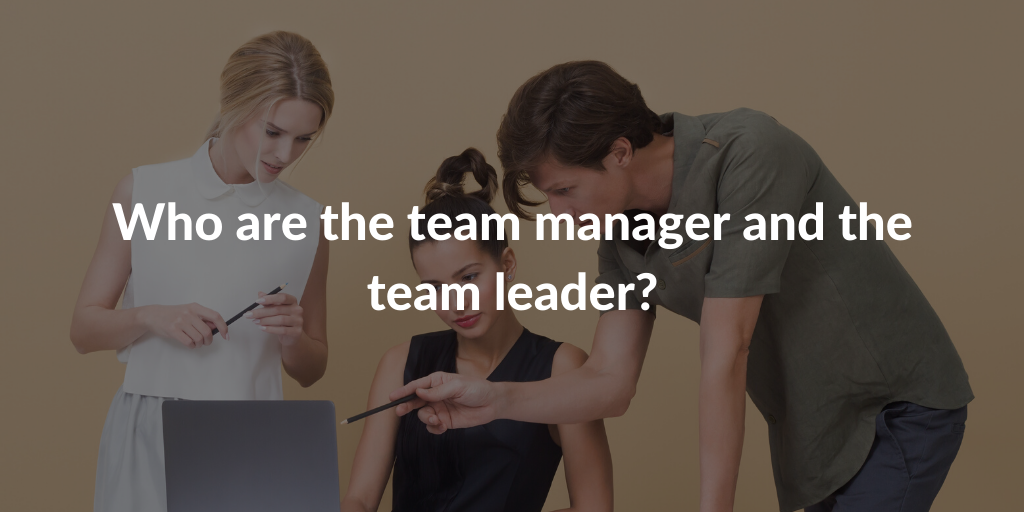 A Team Leader is a specific term used in the AgilePM methodology while a Team Manager is a term used in the PRINCE2 methodology. Both organize the production in a constantly changing context while ensuring the team cohesion. They provide direction, instruction and advice to a group of people, also known as a team, in order to achieve a certain goal. An effective Team leader/manager will know the strengths, weaknesses and motivations of all of his/her team members.

The roles of the Team Leader and the Team Manager

The team leader ideally acts as the servant-leader for the Solution Development Team and ensures that the team functions as a whole and meets its objectives. The Team Leader works with the team to plan and coordinate all aspects of product delivery at a detailed level. This is a leadership role rather than a management role. The person holding it will ideally be elected by his or her peers as the best person to lead them through a particular stage of the project. It is therefore likely that the Team Leader will also perform another development team role, in addition to their team leadership responsibilities.

The Responsibilities of the Team Leader and the Team Manager

The Competences of the Team Leader and the Team Manager

The Team leader/Team manager must have:

And the Project Manager, how is that role defined? Discover it by reading this blogpost.

​ KMO-PortefeuilleFinance Your Training Upcoming Events Discover all New Dates Contact us​
Information Covid-19
Due to the current situation regarding COVID-19 we organise both virtual and onsite courses. QRP strongly advises virtual classrooms for all courses. More info see our news section here. Please contact us directly for more information; belgium@qrpinternational.com or +32478370662.
Find out more

We use cookies to ensure that we give you the best experience on our website. If you continue to use this site we will assume that you are happy with it.Ok
Follow our LinkedIn page!