Skip to content
Home/Adopt and adapt ITIL, how do you do that?

Adopt and adapt ITIL, how do you do that? 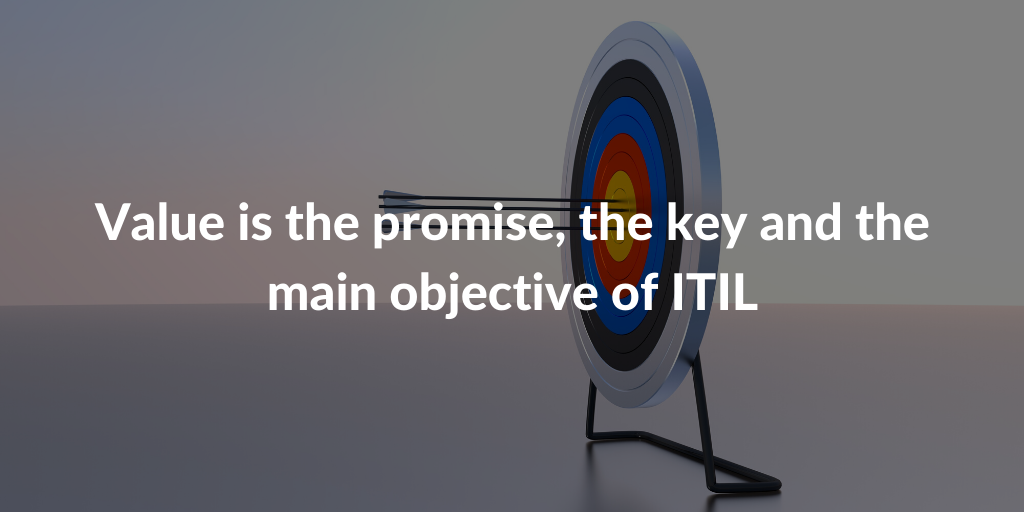 Once you have followed an ITIL course and obtained your certificate, you are ready to put all you learned into practice. But that is easier said than done. One of the ITIL 7 guiding principles is to ‘start where you are’, which means you have to assess your current situation and use that as your base. This means that you should work with all that you have built up over the years and use every source of information. Once you know how to start, the question is ‘how’?

To help you support along the way of this journey, we strongly advise you to use a professional that can coach and guide you. Another option is to learn from situations in different organizations and talk with other ITIL users. In order to provide you with these contacts, QRP set up her very first ITIL online user event; ITIL Trial & Error. We invited a group of ITIL users from very different backgrounds and organizations and all we did was provide the discussion topic, based on a completed survey upfront. All that followed was in the user’s hands.

From ITIL v3 to ITIL 4: what happened?

Based on a quick poll, the topic for our very first ITIL online user event was; From ITIL v3 to ITIL 4: what happened? Last year Axelos updated the content of the ITIL certification scheme and added some additional modules. ITIL v3 changed into ITIL 4.

Of the users that participated, many work with their v3 knowledge and created big value with the ITIL v3 implementation. Others started with ITIL 4. Many questions arose regarding the differences between ITIL v3 and ITIL 4. But also about the extra topics in ITIL 4 and the need of it. The topics of discussion were:

One of our participants took the word to explain why his organisation decided to move from ITIL v3 to ITIL 4. He stated that the organisation decided to go from a waterfall development to an Agile development (including DevOps). In order to adhere to this change, the overall organisational perception was that ITIL v3 was not flexible enough and does favour a quick change pace. As ITIL 4 includes a lot more agility, ITIL 4 will respond easier to the change and make the use of ITIL more suitable to Agile development.

Others were in line with this and there was an overall understanding that ITIL 4 focuses more on customer inclusion and value co-creation. One of the many challenges that we discussed is, how do you prioritize between customers? Which customer needs more attention and how do you know this? One of the ideas that was discussed is to provide each customer a number of points (eg 100). The customer can use these points to prioritize the importance of the topic. Whether this works or is the right action to take, is a topic that is to be discussed in a future ITIL online user event.

Do you need to start with ITIL v3 so you can easily move into ITIL 4?

One participant of the event expressed a doubt about where to start with an ITIL implementation. Whether to first implement ITIL v3 and then ITIL 4 or start immediately with ITIL 4. This especially in regards to old IT systems and little time and money spent on the IT department over the last couple of years.

This doubt was answered by an explanation of our expert Kaȉs Albassir present, who explained that ITIL has 4 integrated dimensions. One of the dimensions is Information & Technology, in which you assess your situation regarding tools and technology.

However, regarding the ITIL guiding principle ‘start where you are’, you can start implementing ITIL from your current state, ITIL v3 or ITIL 4. There is no need to first transform your organisation, ITIL can be part of that. If needed, you can simply adapt ITIL to your needs.

If we have to sum up the differences that can be found between the different versions of ITIL, we can divide them based on their KPI’s. ITIL v3 has more IT driven KPI’s while ITIL 4 has business driven KPI’s.

This reflects the ongoing changes that we can find in all organisations. IT was asked to do many things over the years and successful IT departments went from order picking by the business to enable business with co-creation of value. Nowadays IT enables the business to do more and adapt faster. ITIL can offer strong support to help guide this new role of IT.

As we spoke about how to start with ITIL, we also wondered how ITIL can thrive within an organisation. One of our participants explained why he believes it is key that ITIL is supported by the senior management. He says that without their involvement you should not even start.

However you should also have buy-in from the whole company at each level, especially in ITIL4. This was strongly supported by another participant that made it clear that it is key that the ones that actually work on a daily basis with the ITIL concepts, have to support and adopt it. Implementing ITIL is a change and should be accompanied by change agents in the organisation. It is an implementation that needs strong support from inside and outside (consultant or coach) the organisation to be able to reach its full potential.

If you do have to ‘sell’ it to your senior management, make sure that you mention that ITIL adds value. Value is the promise, the key and the main objective of ITIL.

We look forward to the ITIL user events we will have in the future to learn more from those that use ITIL on a daily basis. Would you like to join? Please contact us directly.

​ KMO-PortefeuilleFinance Your Training Upcoming Events Discover all New Dates Contact us​
We use cookies to ensure that we give you the best experience on our website. If you continue to use this site we will assume that you are happy with it.Ok
Follow our LinkedIn page!
Go to Top