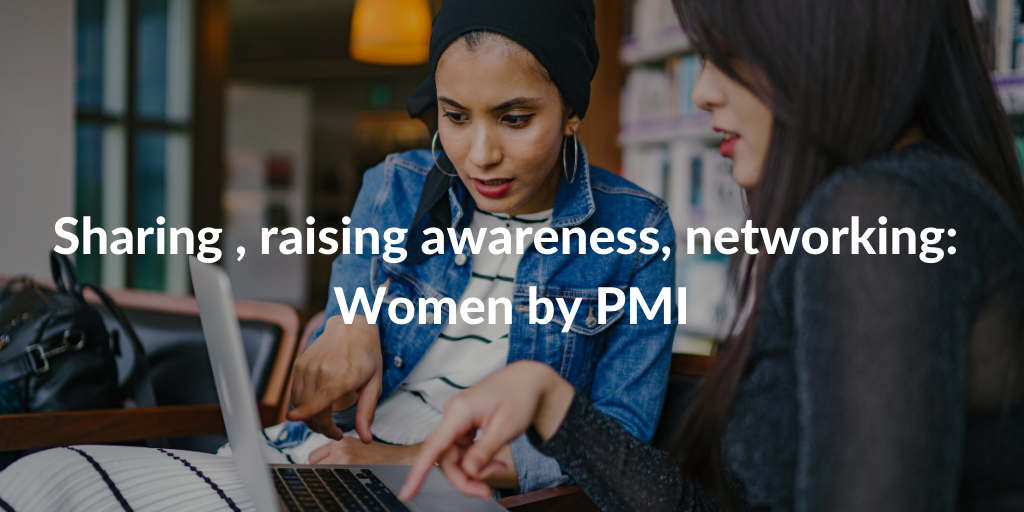 What is your current job, what do you do?

I have been a project director for 3 years at the head of Retail Banking in France. Previously, I held a position which consisted of developing and establishing a project management community, at the level of the Société Générale group. Here we set up certification courses for our employees in France and internationally, in particular PMP® and ACP®, and that is how I joined the PMI (Project Management Institute).

Société Générale is one of the biggest partner companies of the PMI, due to its number of certified employees (+600). My role was therefore to conceptualize and set up professionalization courses on 3 levels:

We gave form to the entire project management sector through thematic conferences. I was in charge of what were called “Project Bars” or “PM coffee”. To start a new discussion or conference, we would start a topic, for example “The cloud in project management, what does it mean to you?” We would then have this discussion with all sorts of employees with different profiles. We created interactive discussions on themes and collected feedback, which allowed us to raise certain issues or needs from the field. This is how we came to set up training courses and workshops at group level. The initiative started face-to-face and following its international success, we carried out “blended project bars” both face-to-face and remote, simultaneously.

How did you come to have a career in project management?

I own a master’s degree in chemistry but due to the economic context of the time and the arrival of the euro, I was recruited into the banking sector as a programmer analyst. In those days, service companies were looking for scientific profiles because there were not enough computer scientists available. A few years later, I entered the world of project management, as an MOA project manager. I learned a lot from the service company, where I worked for over ten years. It allowed me to acquire a very diverse knowledge, to see a lot of customers, many ways of working and adaptability.

In 2007 I responded to an offer from Crédit du Nord for a program PMO position. During the 5 years I worked here, I started to develop my expertise in PMO program and project management. Subsequently, I joined Société Générale.

In 2016 we organized events in partnership with PMI and Microsoft, where I met a member of PMI who wanted to organize a national forum in Paris. He was looking to put together a team to set up the project, including an assistant, and I accepted the challenge. I was in charge of the second edition in 2017 and a year later I joined the board of directors of the PMI chapter France, with sponsorship and national projects as a mission. I was elected president of PMI France last year and re-elected this year. I am the second woman in France, elected president of a chapter and the first at the national level.

Where did you get the idea of launching the Women by PMI initiative?

Statistics show us that only 25% of people involved with PMI are women (20% worldwide). We understood there was a need to create the Women by PMI project and we did so after very interesting discussions with our partner companies.

The idea came from one of our volunteers working within the Schlumberger group. In view of the figures and her experience, she had the idea of creating a community of women at PMI, like the one at Schlumberger. The community focuses on Women in order to educate them about project management, PMP training and certifications.

Why do you think the percentage of women is so low?

I had the opportunity to interact with a young woman who felt that she was not concerned with project management in her daily life since she has the role of Product Owner. In reality, it is quite the opposite, the Product Owner is an integral part of the project. We therefore wish to redefine the definition of project management to clarify the discipline and all that it encompasses. I think there are a lot more women who do project management on a daily basis but are not necessarily aware of it. By informing professionals, men and women, and by clearly defining project management, we could easily increase these statistics.

What does the Women in PMI project entail precisely?

Through this initiative we want to:

What about the practical side of the project?

Our aim is to further spread the professionalization of project management, through certifications, training courses and also mentoring. The focus is mostly, but not limited, to women.

We organize a lot of initiatives, networking events, PM coffee to enable women to create and develop their own network, either with partner companies or among themselves. We held an event in November 2019, in partnership with Schlumberger for the launch of the initiative, as well as two themed networking events before the lockdown, which were all very successful. Unfortunately all our initiatives since February have been canceled.

How can I join the initiative?

You can join the initiative as a member: you can register for online events as soon as they occur and participate in face-to-face events.

The COVID-19 crisis has slowed the development of the initiative, but as soon as the situation allows it, we fully intend to resume our efforts. We would like to welcome new volunteers to support us and actively participate in the development of Women by PMI. This project is a real added value, beneficial not only for women but for the entire project management community and for all the people who do project management thinking of not doing it. We want to support professionals in their development, particularly through the mentoring project. Indeed, being and feeling accompanied by a senior project management mentor is a real advantage.

What is extraordinary about this initiative is the meeting and mixing of all these women who share varied experiences and skills, whether they are members or not, volunteers or not, there is an enormous wealth that emerges from the diversity of the community, however intercultural it may be.

To all the women of the community: know that you are welcome!

Olivia is project director for the transformation of the operational model of French Retail Banking and President of PMI France.

​ KMO-PortefeuilleFinance Your Training Upcoming Events Discover all New Dates Contact us​
Information Covid-19
Due to the current situation regarding COVID-19 we organize both virtual and onsite courses. QRP strongly advises virtual classrooms for all courses. More info see our news section here. Please contact us directly for more information; belgium@qrpinternational.com or +32478370662.
Find out more

We use cookies to ensure that we give you the best experience on our website. If you continue to use this site we will assume that you are happy with it.Ok
Follow our LinkedIn page!
Go to Top